Journal of Positioning, Navigation, and Timing

The Institute of Positioning, Navigation, and Timing (항법시스템학회)

Among them, GBAS is used as a navigation aid system for the taking off and landing of aircraft, and is also used for the navigation positioning performance improvement of general users. If a pseudolite is used for the operation of GBAS, service can be provided without securing an additional band because a GPS receiver transmits correction data using the L1 band which has previously been used, and improvement in the navigation performance is expected using an additional pseudorange measurement through the signal received from the pseudolite. Currently, a study on the addition of a pseudolite to European Geostationary Navigation Overlay Service (EGNOS), which is a SBAS system in Europe, is in progress.

In this section, a pseudolite time synchronization method using the Universal Time Coordinated of the Korea Research Institute of Standards and Science (KRISS) (hereinafter UTC (KRIS)) was introduced, and the overall time synchronization concept is shown in Fig. 1. In the case of UTC (KRIS) managed in Korea, national standard is maintained using four cesium atomic clocks and two hydrogen masers, and the generated time information is reported to the International Bureau of Weights and Measures (BIPM) every month. Also, BIPM generates UTC by calculating a weighted average of the data from about 260 atomic clocks around the world including UTC (KRIS). Based on the generated time source, UTC-UTC (k) information for each institution is published in BIPM circular T every month so that the time source of the corresponding institution can be corrected. Thus, if an error that corresponds to the leap second between GPS and UTC is corrected, it can be assumed that the UTC (KRIS) time source in Korea has been synchronized with the GPS time by BIPM; and the synchronization is generally maintained at an uncertainty of measurement of 10 ns. Therefore, time synchronization between a pseudolite and a GPS satellite can be achieved based on the suggested method using the UTC (KRIS) time source. 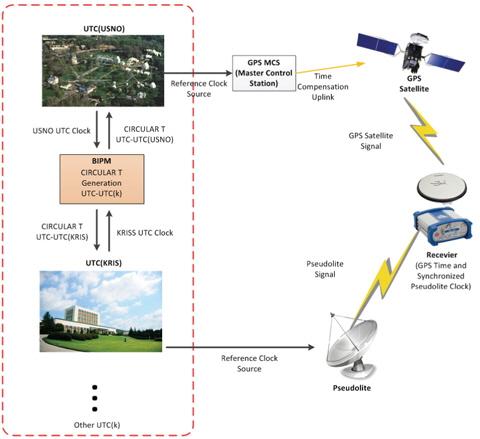 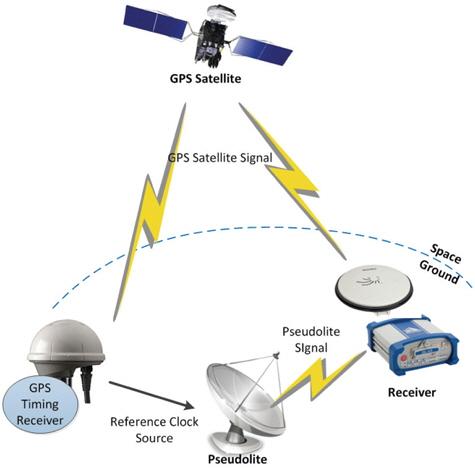 As shown in Fig. 4, the clock generator selects the type of atomic clock (TCXO, OCXO, Rb, and Cs), and determines a scaling parameter based on the short- and long-term stability levels of each atomic clock and the pattern depending on the clock type. The time error was generated by generating five kinds of noise: white noise on phase (WP), flicker noise on phase (FP), white noise on frequency (WF), flicker noise on frequency (FF), and random walk on frequency (RWF), and by applying a scale factor from the parameter \(h\). 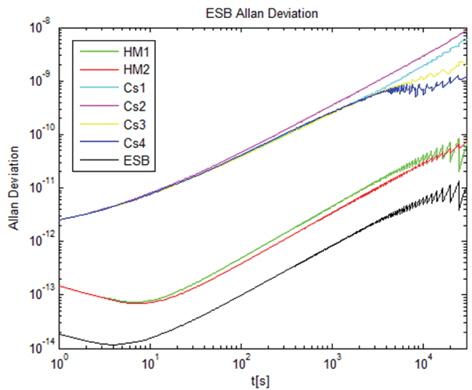 In general, a clock synchronization algorithm using an FIR filter can maintain a lower error compared to a case using the Kalman filter, and Lepek demonstrated that relatively superior synchronization performance can be obtained when a linear predictor is used.

when the hold filter and the LP filter are applied, the output can be expressed as follows. 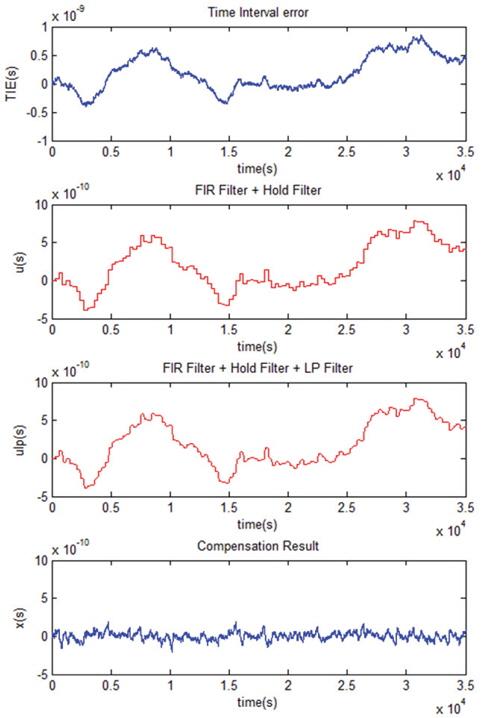 Table 2 summarizes the simulation environment for analyzing the performance of the time synchronization between the GPS satellite and the pseudolite. In this study, to perform simulation depending on the pseudolite clock and reference clock source, UTC (KRIS) and GPS timing receiver 1PPS with an RMS error of 10 ns were used as the reference clock; delay error and TIC error assuming 1 km of 250 um tight-buggered transmission line were added; and the clock synchronization results were obtained using the FIR filter-based clock synchronization algorithm. 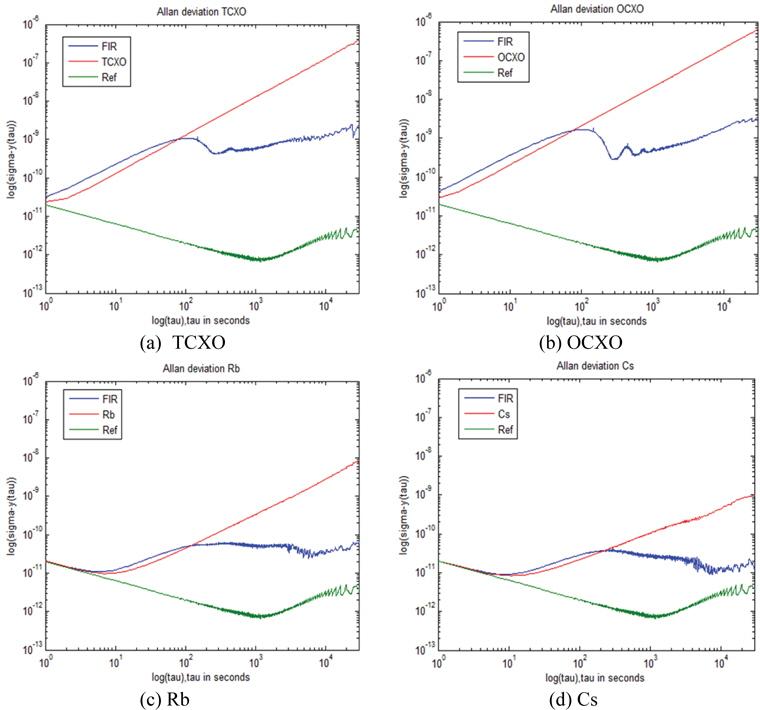 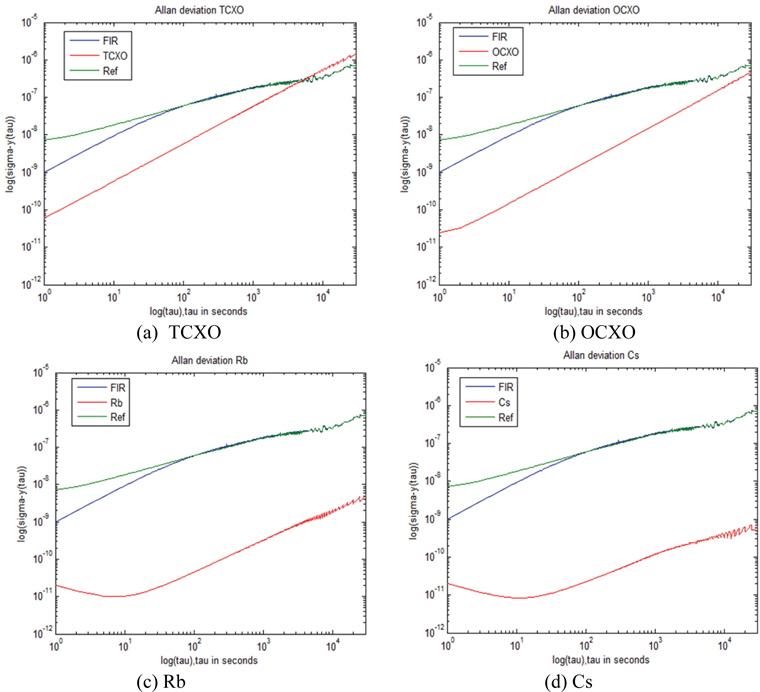